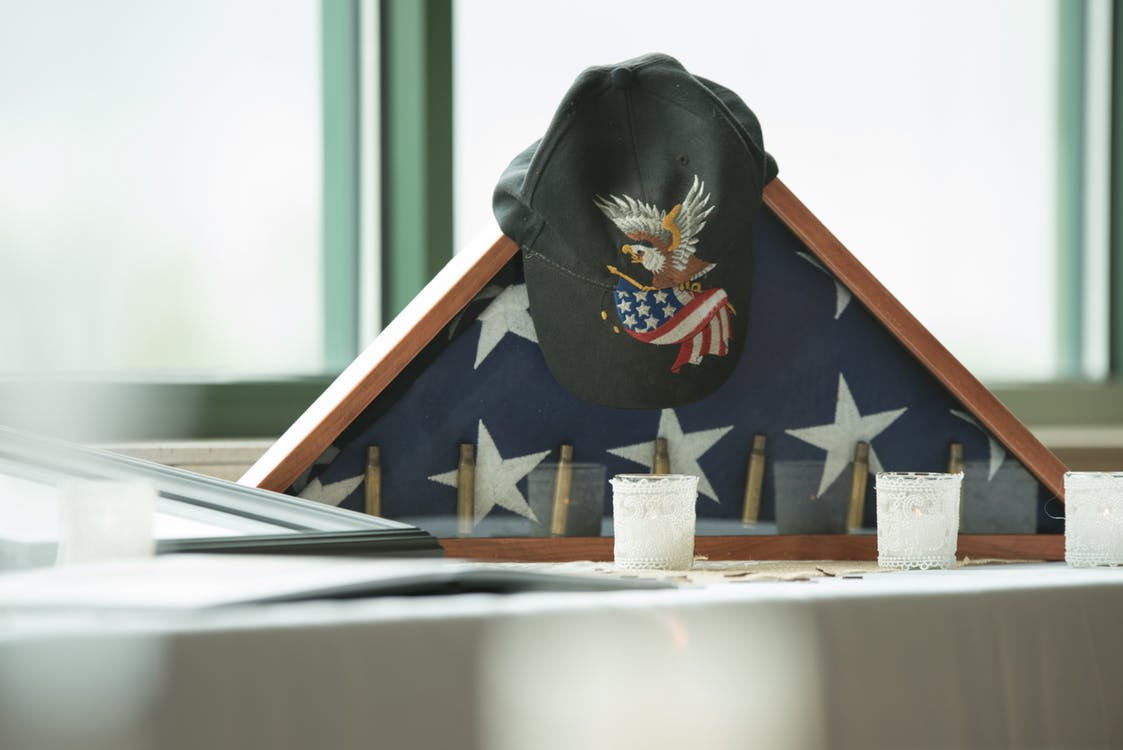 In October 2013, with the help of her husband, James, and friends, Theresa opened Newby-ginnings of North Idaho, a nonprofit that serves active military, veterans and Gold Star families.

Newby-ginnings allows Hart to honor her son and others who have died serving the country. Its motto is, “humble support and steadfast honor to those who served and sacrificed.”

Her work allows her to talk about Nick daily. He joined the Army National Guard in 2008. In 2009, he graduated from high school and went through basic and advanced training. He was deployed with the National Guard unit out of Post Falls in 2010. He was 10 months into his 12-month deployment when he was killed. Nick was the 4,471st U.S. casualty in Iraq since U.S. involvement there in 2003. He was one of 54 fatalities in 2011. People continue to die there.

Two months after she learned of her son’s death, Theresa went to work as an RN for the State of Idaho. “Grief of that magnitude changes a person at a cellular level. When I walked back into work, I said, ‘I do not want to be here!'” she said. “Being Nick’s mother defined me. Losing him defined me, too. I had to do something.”

For about a year and a half, she did nothing. During that time, many of Nick’s battle buddies called her, telling her of their struggles with post-traumatic stress disorder, traumatic brain injuries, and financial and relationship problems. Theresa realized she could help young men and women who had returned home. Her mother came up with the name “Newby-ginnings.”

The mission statement is: “With support from and in partnership with the community, Newby-ginnings of North Idaho, Inc., a nonprofit organization, will provide, with honor, respect and integrity, essential items, resources and referrals to area active military, veterans and Gold Star families in need of such services.”

They provide basic necessities and common comforts. They welcome clean, functional donations, such as household items, furniture and clothing. They provide these free with no red tape or appointments. People do not have to wait for months. “We do this with community support through donations and fundraisers,” she said. “There are no income eligibility guidelines. No one has to prove their need. All that is required is proof of military service. They can take what they need.”

Newby-ginnings has enrolled more than 2,300 veterans, active servicemen and women, and Gold Star families in the Coeur d’Alene area, serving 50 to 100 a day. Theresa called Scott Thorsness, director of the Kootenai County Veterans Services Office in Post Falls. She asked him to refer people with needs and donations. For about two months, she and James stored items in their garage. When they ran out of room, they rented a 1,700-square-foot industrial unit. It filled within three months. Then they used a Dalton Gardens facility for two years.

The next move began by her wishing she had a box truck. Right after a grant for a new truck was declined, the owners of “We’ve Got Stuff” said they were going to close and offered their remaining inventory to Newby-ginnings. This also included a bigger and better box truck and a driver. Through the Coeur d’Alene VFW, Josh Scott of Maximum Exposure donated a wrap for the truck. He contacted Riverbend Office Park, which gave Theresa a lease at 570 S. Clearwater Loop in Post Falls, where it has been located since May 2016. The nonprofit works with various area veterans’ organizations, service agencies and assisted-living facilities.

“If a veteran is released from rehabilitation with a new knee or hip, they call us. We can give them what they need— walkers, wheelchairs, shower curtains, potty chairs or power chairs,” she said. Newby-ginnings welcomes new kitchen items, underwear, socks, cleaning supplies and more. Donations go to veterans when they move into a new location. They may have been homeless or just out of the hospital. Theresa wants them to have both a new home and a fresh start with dignity. She spends about 60 hours a week providing this service— 30 hours at the shop Mondays through Wednesdays, plus meetings and presentations.

Newby-ginnings has a seven-member board of directors and about 50 volunteers. “Their unselfish effort, caring and compassion for others is the lifeblood of our organization,” she said. “They are a source of inspiration for me and for the clients. We couldn’t do what we do without them.”

Theresa was born in Norwalk, Connecticut. Her father was in the Air Force. By the time Theresa was in the ninth grade, she has attended 11 schools. After his discharge in 1978 in Anchorage, the family settled there. Theresa graduated from the University of Alaska, Anchorage, in 1985 with a bachelor’s in nursing. She and her former husband had two children, Nick and Nathan. They moved to Coeur d’Alene in 1996.

“Sometimes, I still can’t believe Nick is gone,” she said. “I just keep moving. I have an overwhelming sense of responsibility. I want people to appreciate their freedom because of the sacrifices made by so many to preserve it.”

She said Newby-ginnings has helped bring the local veteran community closer. “It has impacted the lives of thousands,” Theresa said. “It is our job to live our lives worthy of their sacrifice, to live our lives to the fullest, to laugh, to love, to make this world a better place. Nick would want that.”